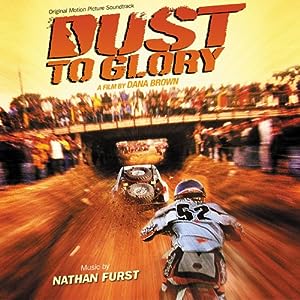 I’ve never understood the appeal of car racing, and though I’ve been tempted to pass judgment on occasion, I always resist the temptation.  Afterall, I like baseball, and that’s not much different than…cricket.

So it was with high hopes that I decided to watch Dust to Glory.  Technically speaking, the documentary isn’t about car racing.  It’s really more about motorized racing – the film follows a 1000-mile race that takes place across Mexico’s Baja peninsula and includes all classes of vehicles ranging from cars, to motorbikes, to trucks, to old-school Volkswagen Bugs.

So even though it’s not about cars exclusively, I thought perhaps I might get insights on the appeal of motor racing and what skills are needed to succeed.  I was also hoping there would be an “endurance” story or two that would offer an element of human interest (see Running on the Sun).  On all counts, the film succeeds only mildly.

Perhaps the one thing that makes the film impressive is also the reason it falls flat.  The filmmaker, Dana Brown, choreographs over fifty cameramen and accompanying crew members to capture as much of the race as possible.  His cameramen chase a lot of the racers either on the ground or, using helicopters, up in the air.  He also plants a number of cameras on the racing vehicles themselves.  So he obviously had a lot of fun footage to choose from – aerial shots of motorcycles zipping along the Mexican seaside, cars flying over rocky terrain, point-of-view shots as drivers screech around turns and spectators scatter.

This is all a wonderful spectacle for the eye, and I rather wished that I had a 60-inch flat screen to do it full justice.  But the film never really gets beyond the spectacle, and after watching 30 minutes of machines flying through the desert, it began to feel redundant.   Brown doesn’t really spend much time with any of the racers – he bounces around from racer to the next – so it’s impossible to become invested in anyone’s success or failure.  Because he doesn’t linger with any one individual, Brown is forced to narrate the film himself in order to hold it together, and any chance of a first-person narrative is lost.  The narration, also, has a few too many cliches about the racers’ love of danger and their need for speed to be convincing.

In short, Dust to Glory is a wonderful documentary for people who love and understand motor racing – sit back and appreciate the beauty of the race.  For those of us who don’t get it, we’re probably better of going elsewhere to become educated.