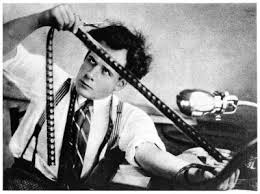 Almost every time a client comes into our studio to collaborate with us during the editing process, they have two comments.  First: “Gosh, this is fun!”  Second: “Man, this takes a lot of work!”

Many people might guess that the actual production, or filming, of a video is where most time and money is spent.  Depending on the type of video, this certainly could be true.

More often, though, post-production requires more man-hours than production.  For those who haven’t had the pleasure of joining an edit session, you might ask, “Why?  Don’t you just piece clips together?”  In its most essential form, editing is just piecing the captured video together, but often there’s considerably more crafting that needs to happen in order for the final video to be successful.

Below is a list of some of the things a producer and editor often have on their plate, once post-production starts.  The point here is not that the client needs to understand fully all the ins and outs of each step listed.  Rather, it’s just to recognize that editing can be an involved process.  This list doesn’t always have to be as long, but it’s pretty representative.

So if you see video that you like, there’s a good chance it was shot well.  There’s an equally good chance that the producer and editor worked just as hard at crafting the video afterwards.

Typical Responsibilities of the Editor

1.    Transcribe the interviews
2.    Review interview transcripts
3.    Figure out the “story” that is going to be told
4.    Draft a script
5.    Edit a first draft, or “assembly,” based on interview bites from script
6.    Review “b-roll” to find video that enhances the sound bites
7.    Edit in b-roll to create the “rough cut”
8.    Research and identify appropriate music; edit that into rough cut
9.    “Mix” the sound (making sure the audio levels are balanced)
10.   Deliver rough cut to client
11.   Incorporate client feedback (sometimes a lot, sometimes not so much!)
12.   Create title and ID graphics
13.   Deliver “fine cut” to client
14.   Incorporate client feedback into final video
15.   Perform further sound mixing
16.   Make final tweaks to make things “polished”
17.   Deliver the video (which often requires designing and creating a DVD, or compressing the video for upload to the internet)